UK shipping free over £40, all major cards and PayPal accepted

Some things have many practical uses, some things are mysterious, and some things are both! One such thing has to be the High Alpine Speick Plant. This botanical rarity is more than a medicinal herb, as it plays a significant role in numerous traditions, myths and legends. If we dive to its roots, we can find such wonderful links as capricious cows, the devil and Queen Cleopatra.

The alpine meadows where the Speick calls home also make the traditional summer home of some very happy cows. These herds of cattle are then brought back into the valley before the beginning of autumn each year. This cattle drive can be traced back to very early origins. Over the centuries, the custom has got more and more elaborate, and the cattle now process down the mountains bedecked in colorful wreaths – it really is a fantastic sight. It is thought that this custom originally served as protection against evil spirits, but whatever its origins, it is certainly a sight to behold! And what do they make these festive decorations from? Well, the most important components are: stone pine and spruce branches, Almrausch, juniper and – of course – Speick! 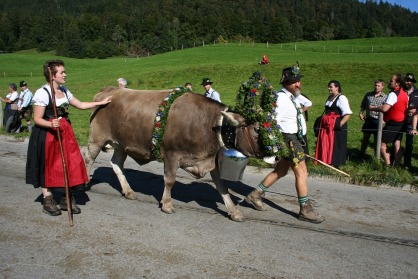 Traditionally, the Alpine region attaches particular importance to certain winter nights. These nights begin after the holy night following Christmas Day, and last 12 nights until Epiphany on the 6th January. It is said that during this period the nights get wilder and colder, and hungry predators and malignant spirits draw close to the settlements. People don’t leave their homes after dark, for they believed that the Percht was roaming outside, with her terrifying followers. The Percht was the most powerful goddess of the underworld in Alpine lore, and she ruled over life and death.

She took the departed souls who wandered the nights and gathered at crossroads and haunted places. The Percht, according to legend, lead these lonely souls to the afterlife. She was multifaceted, showing a kindly or a terrible face depending on how the soul under consideration had behaved during their lifetime, and her followers were an army 0f forest spirits, gnomes and goblins. Ordinary people (who were still alive) were understandably afraid to venture out into the dark in case they met this nightmare army and were swept along to the afterlife with it.

To protect themselves during these ‘Rough Nights’, they burned dried herbs on hot coals in their houses and barns  in order to protect themselves and their animals from the Percht and other disasters and diseases. And what do you think was the most important ingredient of this protecting mixture of herbs? That’s right, Speick!

Along with the Edelweiss and some other alpine plants, the Speick was often used by a man to confess his love , by presenting his beloved with a stalk of the herb. You can be sure that he was being genuine, as to get a Speick plant would mean at least a 1800 meter climb! 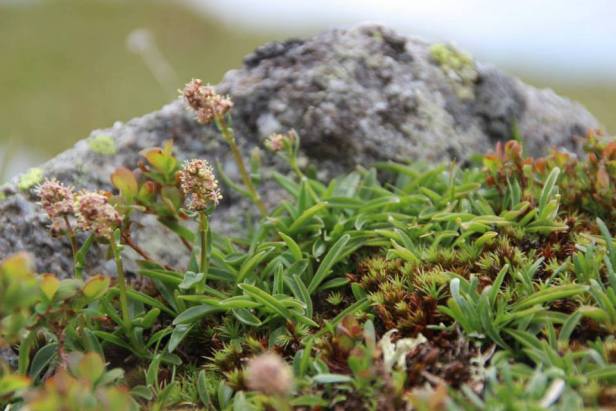 But the strong scent of the Speick plant also made it useful for a far less appetizing job. In the Dark Ages, along with torture and the pyre, there was also the Speick plant available to gaolers. For minor offenses such as theft or adultery the punishment was to be locked in a Speick House (a barn where the herb is dried) for a while. Not to bad you may think, but for many weeks the distinctive Speick odour clinging to them marked them out from the rest of society.

The Valeriana Celtica and it’s reputation as a medicinal plant, also spread to the Orient and to Africa. Speick was used for baths, perfumes and body oils, but also to relieve many different ailments. Most noticeably, the great Egyptian Queen Cleopatra used to bathe her tender skin with Speick essence to relax, and the brides of North African tribes were anointed with aromatic Speick before marriage.

The legend lives on!

It is hard to believe that this unique plant that is steeped in folklore would become almost forgotten over the centuries. That was until Walter Rau rediscovered the little plant to use in his family’s soap factory in 1936. Today, you can still find the  legendary, unmistakable fragrance in Speick Naturkosmetik’s products – but nowhere else! It is impossible to synthetically produce the distinct scent, and Speick is still traditionally harvested by hand between the feasts of the Assumption on 15th August and Holy Name of Mary on 12th September.

This site uses Akismet to reduce spam. Learn how your comment data is processed.

Get our latest news and offers!